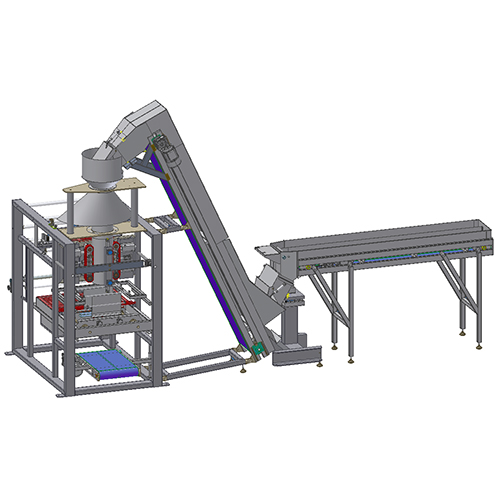 APM for packaging potatoes.
It is designed for weight portioning of potatoes and other round vegetables into plastic bags formed from shrink film.
The standard version is equipped with a graphic symbol reader, a forming tube and constant heat or impulse jaws.
The device can be equipped with an extra tube for packing packages of varying width on one machine.
Suggested potato portion size is 3.5 kg.
The device consists of:
- N55 AMP
- Inclined elevator
- Horizontal conveyor
- Weighting device

How it works:
The product is poured onto the horizontal conveyor belt (where it can be quality checked). There are two belts on the conveyor: the wider belt moves the approximate portion into the weighing device, the narrower one puts individual potatoes, adding the required amount to achieve the correct final weight. Once the correct weight is reached, the portion is put onto the inclined conveyor. Pullers/buckets arranged on the belt transport the portion into the N55 hopper. The portion is put into pre-formed packaging. The process is automatic and repeatable. The filled packaging falls onto the marshaling conveyor and is transported away from the machine, where it is received by the staff.

APM for packaging into roll-sachets 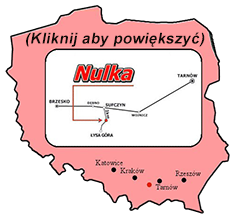 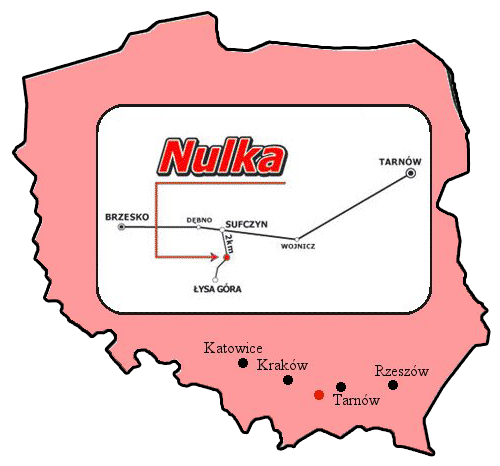